NOT generally noted for their status in the ‘Muscle Car’ ranks, iconic sports car brand Porsche has a proud heritage in the Gulf Western Oil Touring Car Masters.

The German brand is one of only six different manufacturers to have won a Touring Car Masters race – in fact, they share the same number of wins with AMC (in the form of Jim Richards’ Javelin) and Chrysler.

The brand was actually a perfect fit for TCM thanks to the history of Porsche’s competing against much more high-powered machinery in the Australian Touring Car Championship in the late 1960s, spurred on by the great Alan Hamilton.

Remarkably, Hamilton out-scored the competition in the 1969 ATCC, however a corrected point score that saw competitors drop their worst round saw him lose the title to the legendary Ian ‘Pete’ Geoghegan by a single point.

Hamilton’s 1969 season would be characterised by reliability but also by the lightweight, nimble car taking it up to cars that had twice the power and tyre beneath them.

Such was the case with the brand’s TCM appearances as it evolved into a true David versus Goliath battle.

13 different drivers have raced Porsche’s evocative 1970s RS in the category, with Rory O’Neill the most-capped Porsche pilot in TCM with 144 race starts to his credit – making his car the fifth most-raced in TCM history! 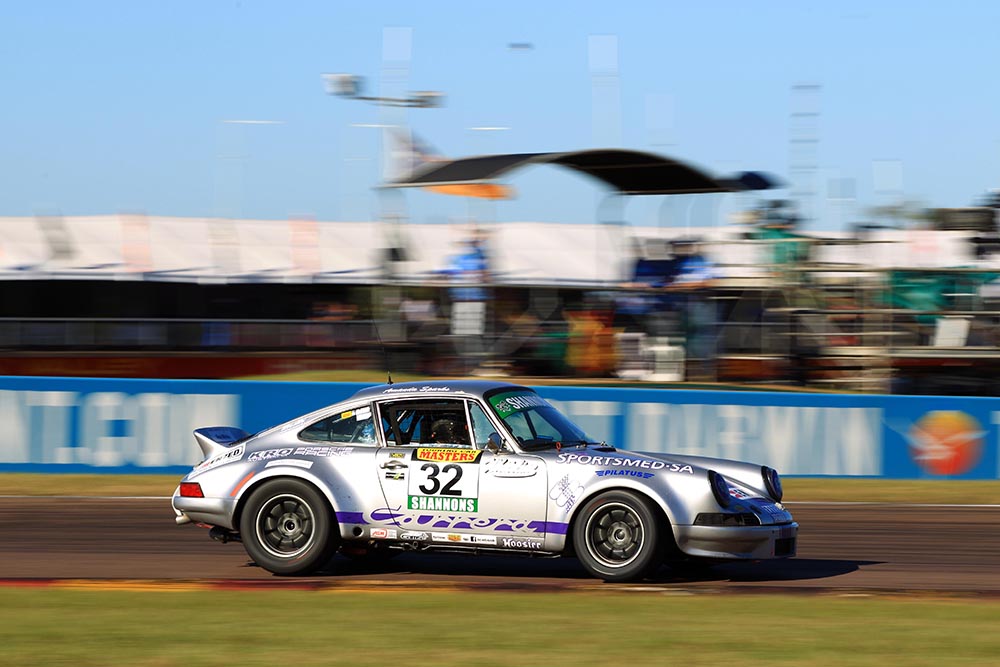 Their account was opened by Michael Almond, the noted one-make Porsche racer taking the brand’s first win at Barbagallo Raceway in Western Australia in the second round that year.

The lightweight, nimble little 911 suited Perth’s only permanent circuit perfectly; easy on its tyres, perfect through the fast and flowing corners and with excellent stopping power into the famous ‘Kolb’ corner and the final turn at the bottom of the iconic Wanneroo hill.

Having earlier grabbed Porsche’s lone TCM pole position, Almond won the first two races of the event before a non-finish saw him unable to complete the clean-sweep of the weekend.

Porsche’s next triumph came at the annual Muscle Car Masters event later that year, in the hands of the late Bill Pye.

Running on the full ‘Brabham’ circuit for the first time, the combination of Sydney Motorsport Park’s longest loop gave the 911s an advantage thanks to the vastly different change in track character.

While the regular circuit relies on grunt and long corners, the tight and technical additions on the full loop suited Pye’s bright Orange 911 to a tee.

After qualifying only 14th, the farmer from Coonamble in country NSW charged to eighth in race one before storming to the lead in the second race on Sunday morning.

While he couldn’t hold off eventual winner Andrew Miedecke in the finale’, Pye chased John Bowe to the line and only missed second position by half a car length to score third.

It was the fourth and last podium finish for the brand in TCM history.

Since then the cars have competed in their own ‘IROC’ category, modelled on the famous International Race of Champions series staged in the United States in the ’70s.