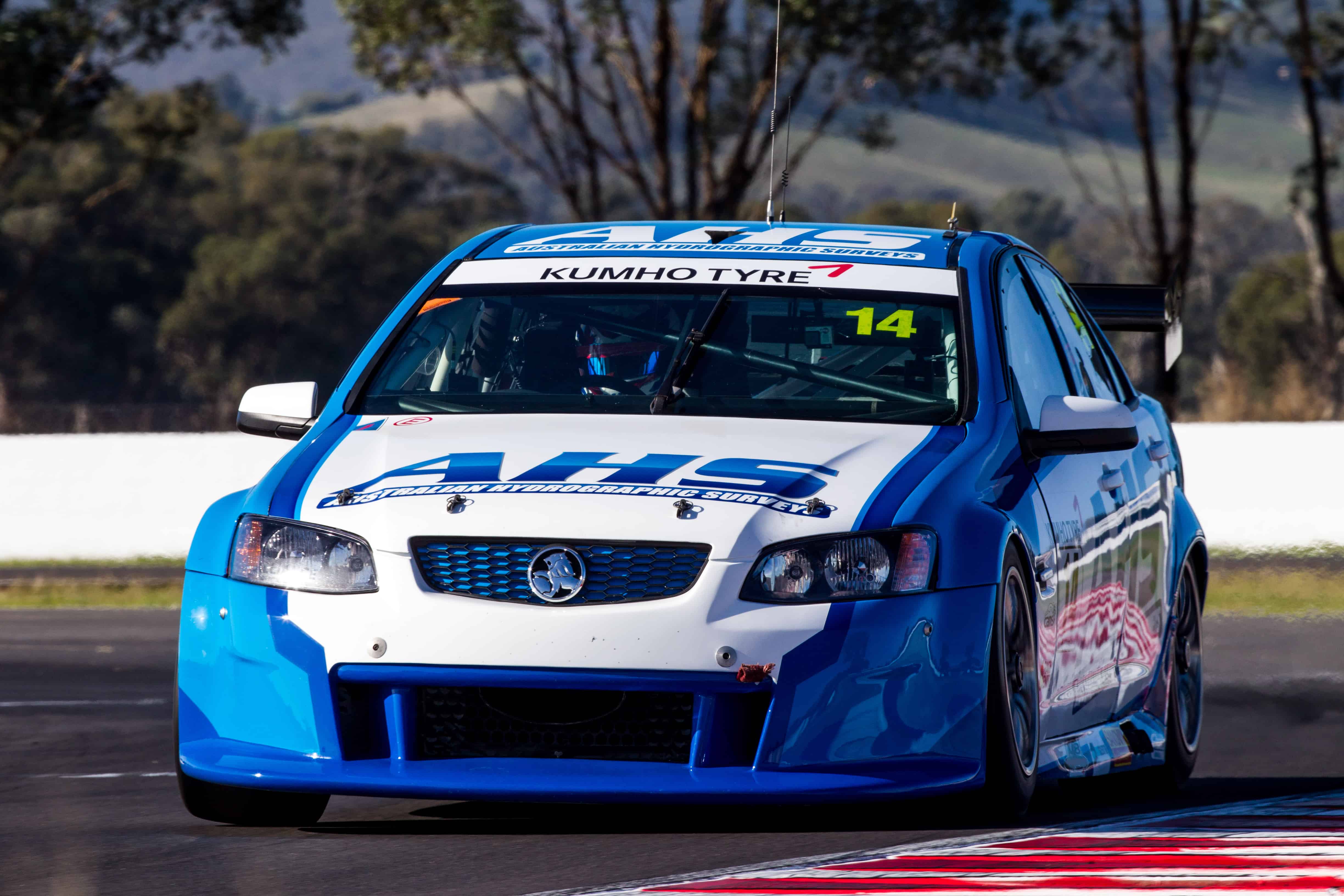 Smiths fastest time was a full second beneath last years pole time set by Liam McAdam and 1.5 seconds beneath the categorys lap record at the newly resurfaced circuit.

The BJR driver beat Douglas to pole in the opening round of the Kumho Series at Sandown earlier this year and heads into the home round for his team filled with confidence having tested at the circuit recently.

Douglas was pipped by Smith late in practice two having otherwise dominated both sessions in his ex-Kelly Racing Commodore.

He topped practice one by 0.9 seconds and held a similarly comfortable margin in practice two before a glitch stopped his car at turn five late in the session.

Smith was then able to pip Douglas following the red flag used to recover his vehicle though the THR car was also able to return to the circuit late in the session with its issues resolved.

With BJR and THR Developments-run Holden VE Commodores locking out the top two spots in practice the next group of cars a majority of them Ford Falcons – were tightly bunched with third through seventh positions covered by just 0.6 seconds.

The Historic Touring Car racer qualified 7th for Sandowns season opener in April before posting a strong sixth-place finish in the opening race of the year.

Matt Chahda Chris Smerdon and Brendan Strong completed the top-10 across the pair of 20-minute sessions.

The Kumho Series was unfortunately reduced by one today with Poco Racing driver Steve Briffa forced to withdraw after diagnosing significant engine dramas in his ex-Paul Morris VZ Commodore.

Saturdays schedule resumes early in the morning with a 20-minute qualifying session to set the grid scheduled for 8:50am with race one to be broadcast live on FOX Motorsport at 10:45am. Race two follows also live on FOX at 12:45pm.

The final race will be contested on Sunday morning.