The previous record for field size in the Kumho Series is 20 cars – last achieved at Winton in 2012.

â€œTheres no doubt the Kumho Series is one of the classes receiving a lot of attention within the Australian motorsport industry says V8 Touring Car Commercial Manager Rob Curkpatrick.

â€œYoung drivers are seeing the value in developing their skills in this series before they attempt the step up into V8 Supercars Development Series and its proven to be a happy home for established drivers with a love of these style of cars.

For the first time this year there will be two distinct classes in the Kumho Series one for cars with the traditional H-pattern gearbox and one for the recently-introduced sequential gearbox.

A total of 10 cars will run with the sequential option in the opening round while 12 cars will stick with the H pattern design.

The 2013 Kumho Tyres Australian V8 Touring Car Series will kick off at Sydney Motorsport Park this weekend on March 23-24.

Private practice will be held on Friday with practice on Saturday at 10.15am followed by qualifying at 1.05pm and Race 1 at 3.50pm.

Sundays program will feature Race 2 at 11.10am and Race 3 at 1.55pm and will be live streamed at www.thenationals.com.au with television coverage to follow on SBS Speedweek on Sunday April 7 and a one-hour dedicated program on Fox Sports SPEED channel at a later date to be confirmed. 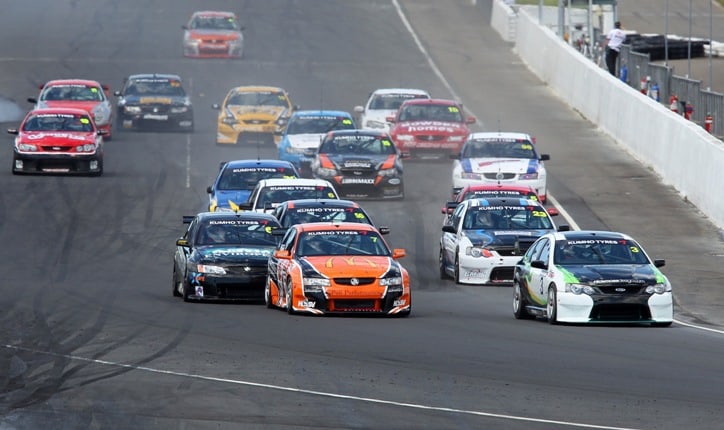